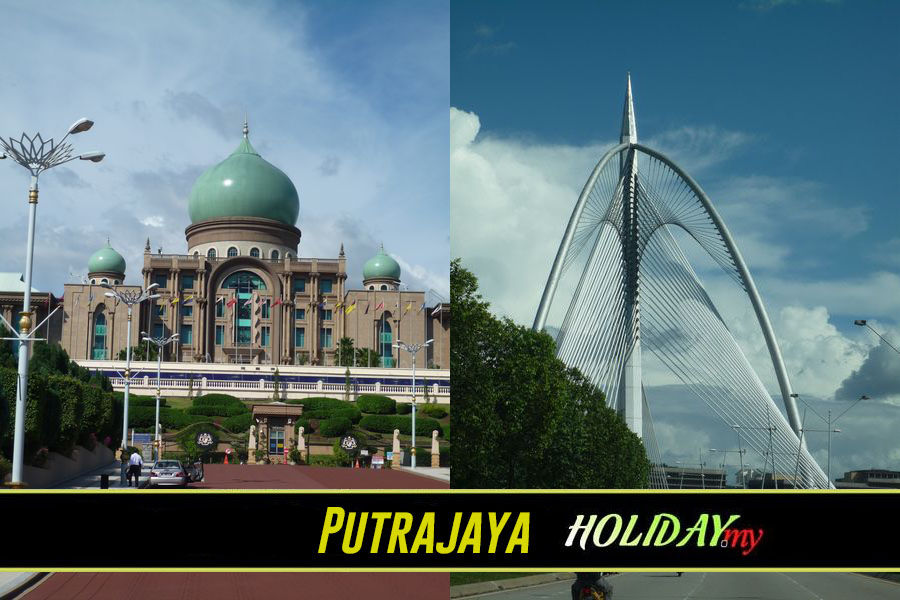 Putrajaya is one of the most significant cities in Malaysia. It is gazetted as a Federal Territory together with Kuala Lumpur and Labuan and is managed under the federal government through the Ministry of Federal Territories. The Federal Territory of Putrajaya occupies a large area and is the main administrative center of Malaysia. Here is where most of the government ministries, agencies and departments are located in modern buildings and state-of-the-art structures.

One of the most well-planned cities in Malaysia

One of the most modern cities in Malaysia is Putrajaya, which is said to be one of the most well-planned cities in the region. It is the primary administrative centre of Malaysia which houses most of the government ministries and offices as well as the Putrajaya.

Apart from that, Putrajaya is one of the 3 Federal Territories in the country where it is the current seat of the government. Here, there are some very modern architectural wonders, places of interest and many other attractions for the visiting tourist.

There are 2 very prominent places here for worship and which is the official residence of the Sultan of Selangor. They are:

Getting from the airports to Putrajaya is possible via taxis which starts from RM80 per trip. Grab and Uber services are available from RM65 (Grab). You can get here through the KLIA Transit train service as well. To get around the city center, you can use the bus services operated by the Nadiputra line.

There’s a lot to see around Putrjaya which might not be possible on foot. Hence, you should take the bus or taxi to get around. Among that which you must check out include:

As one of the modern cities, there are not many traditional local favourites here. However, you can easily find food outlets and restaurants in major locations like:

Modern city within the Klang Valley

Putrajaya is located about 25 kilometers from Kuala Lumpur and is easily accessed through most major expressways here. There are many types of residential homes here which are primarily catered for civil servants who work here. However, in recent years, Putrajaya has been growing rapidly with more locations opened for private companies while institutes of higher learning have set up their branch campuses here as well.

The main town is located around Putra Square which has government buildings lined up on both the road leading here which is Persiaran Pardana. One can find almost every government department along this road while at Putra Square, there are eateries, public parks and shops that sell clothes and other items. Located not far from the town center is the Alamanda Shopping Complex which houses a hypermarket, cinemas and retail stores.

Education and Places for rent

Apart from the public schools here which are primarily catered for the civil servants, there are a few private institutes of higher learning which have established their branches here like the John Hopkins University and the Perdana University-Royal College of Surgeons in Ireland (PU-RCSI) while a latest addition to the education sector in Putrajaya is the Heriot-Watt University which is located in Menara PjH in Precinct 2.

Designed for public servants and students

Putrajaya has a modern persona to it in which the areas are coined as precincts. Apart from offering places to stay for students in the institutions within Putrajaya, students and people working in nearby cities like Cyberjaya comes here for its close proximity and high quality of life. Not all places are rentable in Putrajaya as some are exclusively reserved for civil servants.

However, there are many options available around the Federal Territory like Puteri Palma 3 apartments which can be rented for RM3,000 per month for a furnished unit. In Precinct 16, a whole house can be rented from RM2,000 per month while it is the same for locations like Precinct 15 and Precinct 8 which is nearer to the town center.

One of the three Federal Territories

Like Kuala Lumpur, Putrajaya is a federal territory. It got its name from the country’s first Prime Minister, Tunku Abdul Rahman Putra. The development of the city was first envisioned by the then Prime Minister Tun Dr Mahathir Mohamad together with IT Hi-Tech city Cyberjaya. Apart from the very modern architecture where the government ministries are housed, there are also other landmarks like bridges and tourists attractions that are designed, developed and built by internationally renowned architects.

Built on the previous land of Prang Besar in Selangor, Putrajaya is connected with other parts of the state via various highway including the newly launched KL-Putrajaya highway. It is also connected via the KLIA express which comes here from KL Sentral to the Kuala Lumpur International Airport.

It is also known as the ‘Intelligent Garden City’ which was previously pre-dominantly made up from palm plantations before the area was purchased by the federal government from Selangor. Even with the rapid development and enactment of the modern buildings occupying most of the territory, there are still a large area of natural surroundings still habituating Putrajaya.

The Putrajaya project was first initialized back in 1993 and started operations in 1999. Up to recent days, the territory is still yet to be completed which was declared as a federal state 2 years after that. There are currently 2 other federal territories in Malaysia, the capital of Kuala Lumpur and the island of Labuan in East Malaysia.

The population of Putrajaya is more than 50,000 which is still a far cry from the nearer Federal Territory of Kuala Lumpur and while constructions are still underway, and the announcement of more ministries to set up their offices there, the number is expected to increase in the coming years.

Life and Style with KK Food Festival and famous Chefs