Warning: mkdir(): No such file or directory in /home/customer/www/holiday.my/public_html/wp-content/mu-plugins/endurance-page-cache.php on line 1372
 Negeri Sembilan | - Part 3

Seremban is the capital city of Negeri Sembilan, one of the states in Peninsular Malaysia. It began as Sungai Ujong which is a prominent river around this town, the town had hits humble beginnings, very much like many other major town in the country back in the 1870s. It was at this time that immigrants from Arab, Chinese and Malays began coming here with the discovery of tin in Rasah, an area nearby Sungai Ujong. From there, it began to grow and develop into a business town where the Linggi River was used for ferrying supplies and tin to the town.

The town of Seremban is only one of the 4 remaining state capitals which have yet to receive the city status where the other three are Kangar of Perlis, Kuantan of Pahang and Kota Bahru of Kelantan. It was approved by the Ministry of Housing and Local Government in 2009 to be certified the city status but has since been deferred.

Seremban is very much similar to most parts of Peninsular Malaysia where it experiences hot and humid tropical weather throughout the year with occasional rains. It is connected to other states via the North-South Expressway as well as by rail. Seremban is still one of the stops connective the west coastline of Penang to Kuala Lumpur towards Singapore very much like its original intention in the late 1800s when it was meant as a stop for train between Kuala Lumpur and Singapore.

Getting to Seremban Negeri Sembilan

Today, Seremban is also reachable via KTM Komuter, the electric commuter train service by KTMB (Keretapi Tanah Melayu) through the Rawang-Serembanline. If you are driving, you can reach here through the PLUS North-South Expressway taking the Seremban interchange. The state is also one of the 2 in the whole country which cannot be reached by air the KLIA (Kuala Lumpur International Airport) in Sepang is only about half an hour drive away. There are daily buses coming in and out of Seremban which is quite a common service as there are a lot of people who commutes to Kuala Lumpur on a daily basis for work. Express buses also connect Seremban with most major towns around the Peninsular as well as from Thailand and Singapore and congregates at Terminal One.

Mention Seremban and you will get the response of Seremban Siew Pow which generally is a flaky barbecued bun with pork or chicken embedded inside. It is one of the most popular buns in the country said to have originated from this town and has since been ‘exported’ to other parts of the country. In fact, there is a Seremban Siew Pow Empire in Taman Bukit Kepayang visible from the expressway. This is where one could enjoy a variety of buns and delicacies throughout the day.

Another famous dish in Seremban is the Seremban Beef Noodles which is near Pasar Besar Seremban with thick stewed beef marinated with a traditional soy sauce recipe which is known to have been operation for almost three generations. Seremban also is renowned for its Nasi Padang as well as well as its traditional Minangkabau dishes.

One of the most unique elements about Negri Sembilan is its Minangkabau culture and Seremban, being the capital of the state is the center of the this culture. One would be able to see and observe the original and unique architecture in the buildings (the National Museum is one such architecture) and this could be seen around the city center including the Wisma Negeri, the State Museum as well as the Seremban Municipal Council Hall. The tradition also has the Adat Perpatih which is renowned for its more matriarchal practices.

Being the main town of the state, it is very well connected with nearby seaside resort town of Port Dickson as well as to other major cities of the country. It has since underwent rapid development with the expansion of Seremban 2 where there are now hypermarkets like Jusco, Tesco, Giant and others. The other shopping malls here include Seremban Parade Terminal 1 and The Store too are common favourites.

Apart from shopping and food, there are some historical buildings in and around Seremban as it is naturally a city. It houses the administrative offices and agencies and is the central transportation hub of the state. The State Museum, the Cultural Handicraft Complex and Minangkabau House are some of the cultural destinations around while they also have a zoo in Seremban Animal Park and Mini Zoo around the Taman Jiboi area. At Port Dickson, there are all types of resorts and hotels available with some being more luxurious than others. if you are looking for a place to be treated like a royalty, the Duta Hacienda Riviera Resort would be your perfect choice. Luxury holiday at Port Dickson, a small and sleepy town in Negeri Sembilan relies heavily on tourism industry. Over the years, it has been a favourite choice of relaxation destination among locals and foreigners. Located only about 90 kilometres from Kuala Lumpurcity centre, holidaymakers can easily drive to 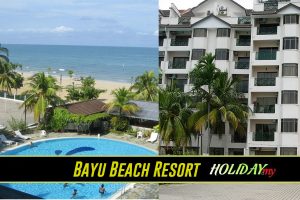 The Bayu Beach Resort is the ideal getaway for a fun-filled hotel in Port Dickson. Situated along a beautiful stretch of beach, Bayu Beach resort offers amazing lush greenery views along the coastal roads on the way to the resort if you are coming here

Avillion Village Resort is a world-class resort offering the best modern facilities for perfect getaway from the busy life of the cities and towns. This is one of the most famous tourist destinations off the western coastline of Peninsular Malaysia. Luxury and lifestyle at The 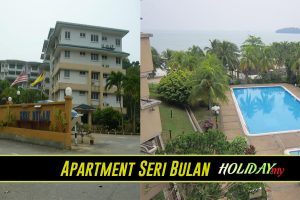 Apart from being a beachside town, Port Dickson is a great place to visit and relax where you will be able to learn more about the Royal Malaysian Armed Forces at their museum here or enjoy some fun, water activities like jet-skiing and para-gliding. Army

Where’s the best holiday destination that offers variety of activities such as swimming, para-sailing, banana boating, canoeing, jet skiing and sightseeing? Port Dickson is the answer for the above question. Formerly known as ‘Tanjong’, this beautiful resort town is your perfect and unique weekend getaway

Warning: A non-numeric value encountered in /home/customer/www/holiday.my/public_html/wp-includes/functions.php on line 74